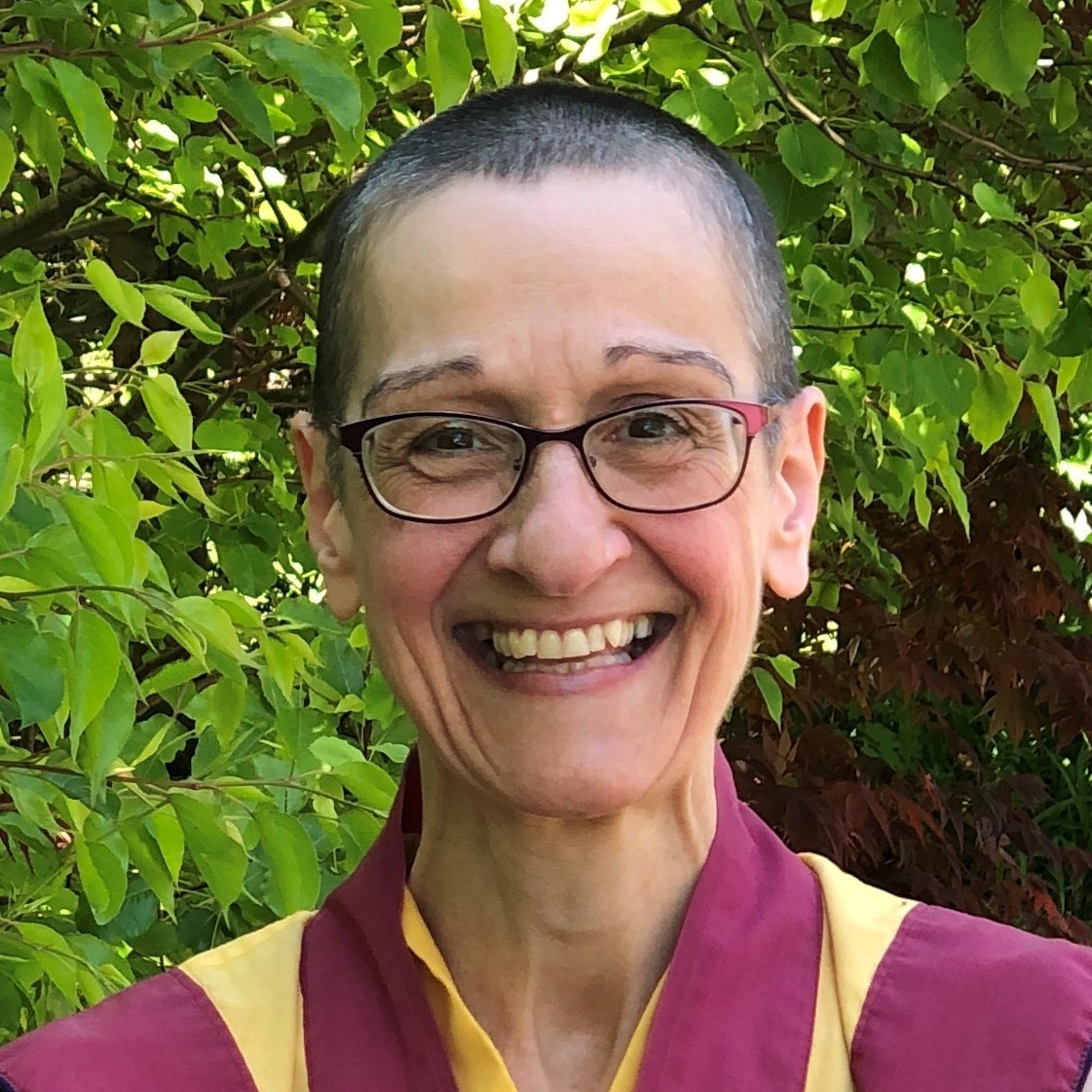 Gen Kelsang Khyenwang is the Resident Teacher at Kadampa Meditation Center New Mexico. She is a close disciple and student of Venerable Geshe Kelsang Gyatso and has been practicing and teaching under his guidance for many years. The teachings she shares are clear, heartfelt and extremely practical for modern life. Gen Khyenwang is an inspiring example of a contemporary Buddhist practitioner and is known for her warmth and sincerity, putting time-tested teachings into practice in daily life.

Venerable Geshe Kelsang Gyatso Rinpoche is the Founder of the New Kadampa Tradition, a modern presentation of Buddhism that has an unbroken lineage all the way back to Buddha himself.

Through almost twenty years of study and practice in the great Tibetan monasteries followed by another twenty years of meditation retreat in the Himalayas, Geshe Kelsang earned a reputation as a great contemporary practitioner and Teacher of Buddhism.

Gen-la Kelsang Dekyong, the General Spiritual Director of NKT-IKBU and Principal Resident Teacher at Manjushri KMC, our Mother Center in the UK, is a modern Buddhist nun dedicated to helping people from all walks of life attain lasting happiness through developing inner mental peace.

She has been a student of Geshe-la for thirty years, during which time she has inspired thousands of people around the world through her sincere reliance on her Spiritual Guide, taking his teachings to heart and putting them into practice in every aspect of her life.

Gen-la Kelsang Jampa is the Deputy Spiritual Director of the NKT-IKBU and Resident Teacher of the International Kadampa Retreat Center Grand Canyon in Arizona. He is an American Buddhist monk dedicated to helping people solve their daily problems by developing the capacity of their mind through the practice of meditation and modern Buddhism.

Gen-la Jampa has been a student of Geshe Kelsang Gyatso for many years. Under Geshe-la’s guidance, he has taught at many centers and events internationally. Gen-la is well-loved for his clear and inspiring teachings, and his ability to touch people’s hearts through his sincerity and loving-kindness.

Gen Kelsang Rigpa, an American Buddhist monk, is the Western US National Spiritual Director for the New Kadampa Tradition and is also the Resident Teacher at KMC Hollywood. Gen Rigpa’s heartfelt and practical teachings are presented with warmth and humor, making them accessible to everyone. He is a close disciple of Geshe Kelsang Gyatso, having received lineage blessings and oral transmissions directly from him.